Utrecht - City in the middle of the Netherlands

Due to its central location, Utrecht is the Netherlands' hub of roads and public transport. But it's much more than that, as you'll see here. 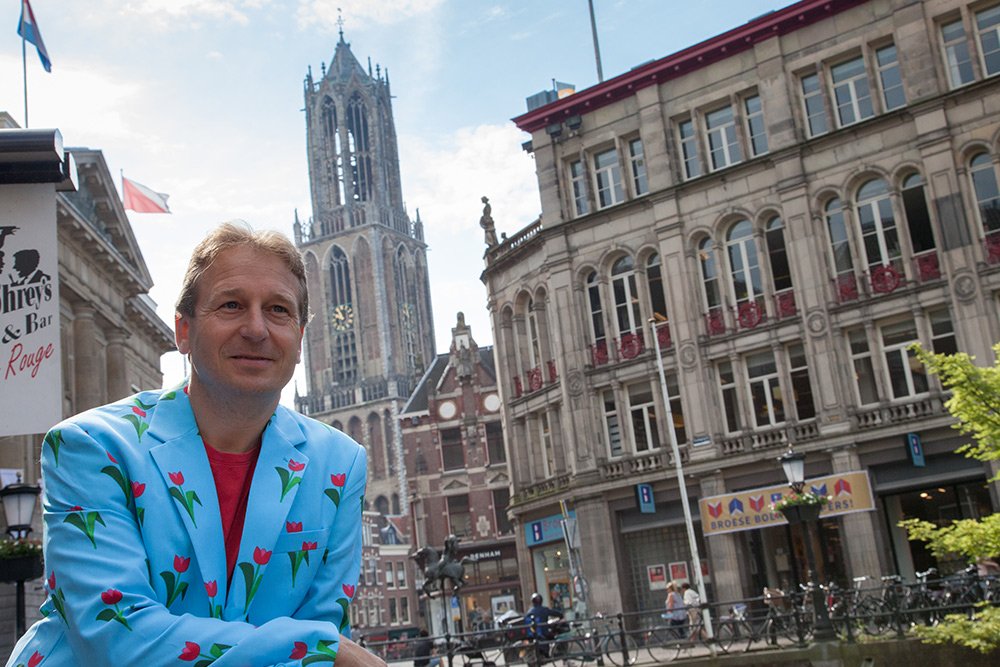 Arriving at the central station, you'll find it is busy and alive almost any time. That's also because of the covered shopping center connected to the station, called 'Hoog Catherijne'.

So if you want to do some shopping, you don't have to go very far. Yet, it would be a pity not going into town.

So come and follow us to the exit, to the cozy streets and canals of this charming city.

Is the Dom a stupid tower?

When you leave the train station and walk the streets, you will soon see the big medieval tower of Utrecht.

This tower is called the 'Dom toren'. To some Dutch people it sounds funny because 'Dom toren' translates to 'Stupid tower' in English.

The name however derives from 'Domus Dei', the house of god. It is the tower of the church of St. Martin. 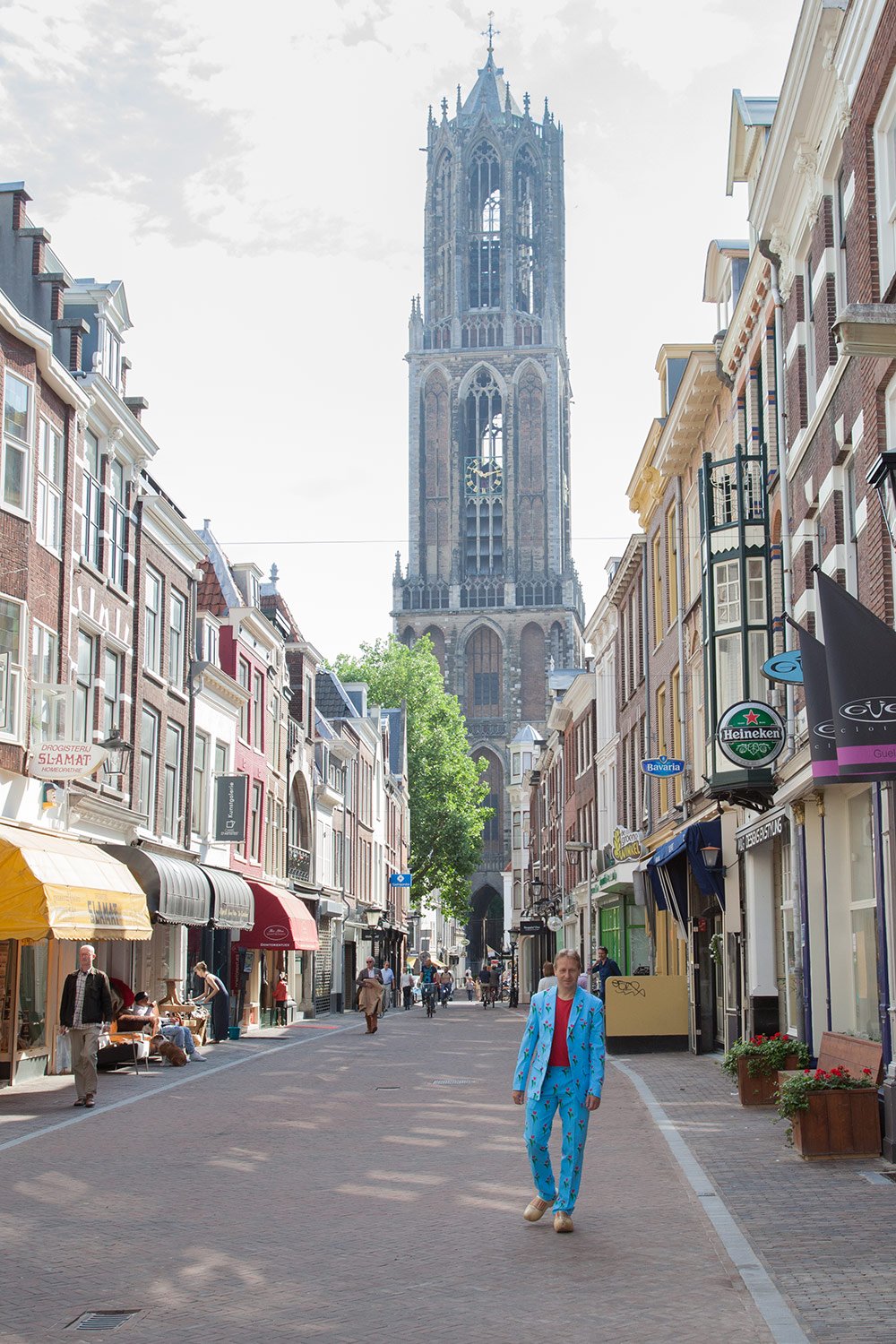 The Dom tower is the largest church tower in the Netherlands. It is 112.5 meters (369 ft) tall and was built in the 14th century together with the rest of the church.

On August 1st 1674 a tornado hit the center of Utrecht. The sky became dark and the storm reached the Church. The whole nave (center part) of the church collapsed, seperating the tower form the front of the church building.

Storms of this magnitute are quite rare in the Netherlands and this storm damaged the church so much that the inhabitants of Utrecht decided it was not worth rebuilding it.

The tower itself is open for visitors. During a one hour guided tour, you will visit different floors with medieval rooms and the impressive carillon consisting of huge church bells.

After a climb of 465 stairs you will find yourself at the top of the tower where you can see the skyline of Utrecht.

The view at the end of the climb was less exciting than expected, the safety net obstructed the view and made it hard to take pictures. The tour and the climb itself, though, were interesting and fun.

On, around, and under the Dom square 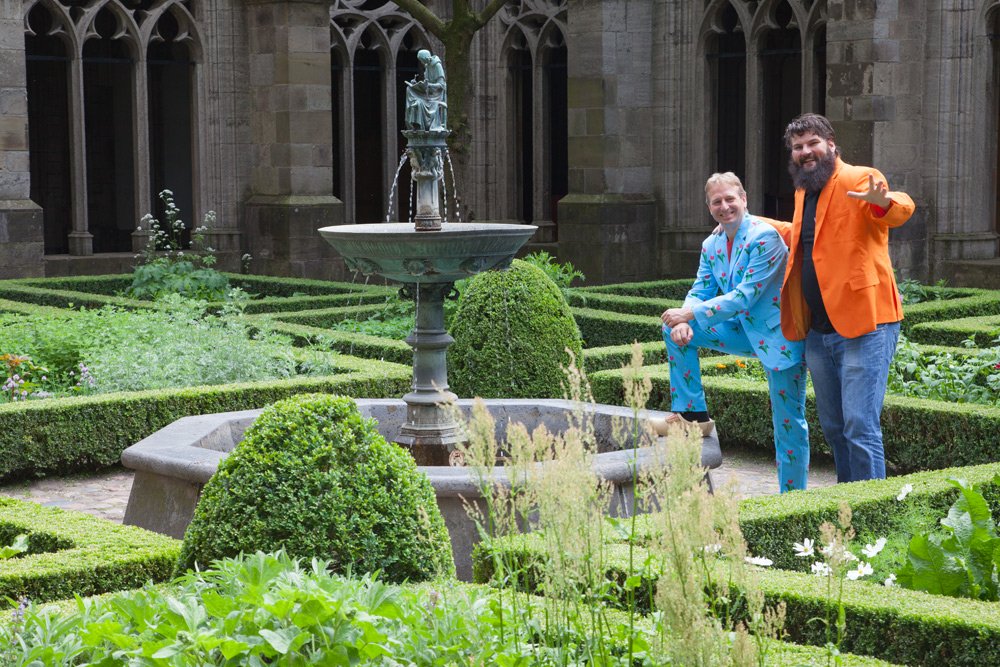 The square at the Dom tower and church is where the nave of the church used to be before it collapsed. It is surrounded by bars and restaurant. Many events take place at this square, making it a lively part of the city center.

Next to the square is the Dom church. It was a church dedicated to St. Martin and it was the cathedral of the Bishop of Utrecht. The gothic cathedral has beautiful leaded glass windows and decorations.

The little courtyard next to the church is also worth a visit, the garden is peacefull and takes you away from the busy city.

You can also visit DOMunder, a special archaeoligcal museum. Here you are guided under the church square to find out the long history of the city. You can even see parts of the wall of the Roman castellum (fortress) that was built 2000 years ago.

Utrecht is the city of Miffy 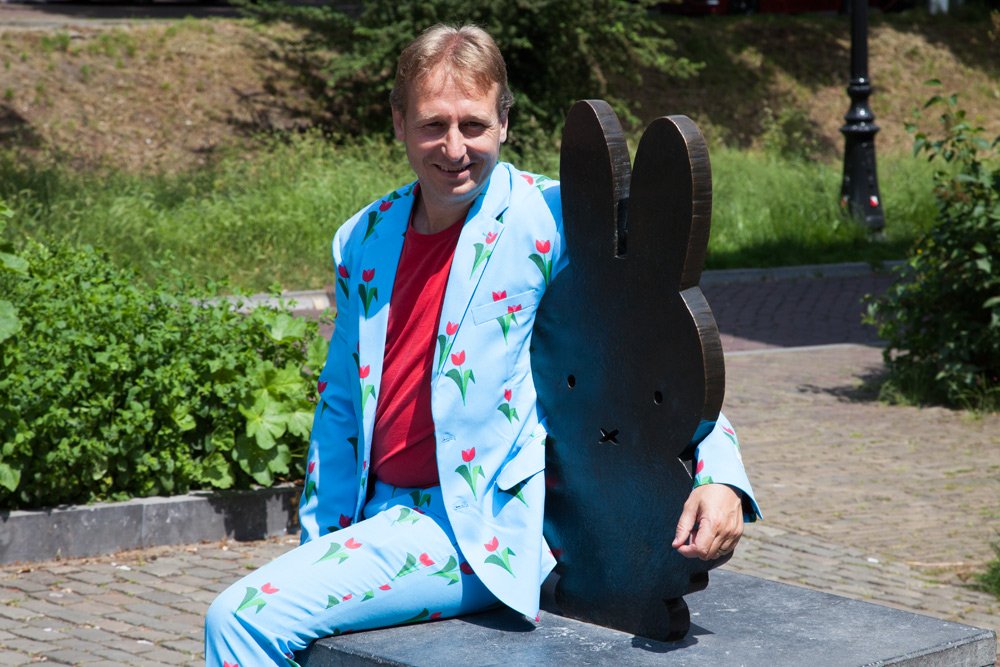 The original name of the children's book character Miffy is 'Nijntje', wich in turn is short for 'Konijntje' meaning little rabbit.

This name was hard to pronounce for many foreigners, that is why Dick Bruna, the author and artist of the books decided to give her the international name Miffy.

There is a museum dedicated to Miffy. Children can visit and play in Miffy's house. It is the best place for children to have their first museum visit.

The canals of Utrecht 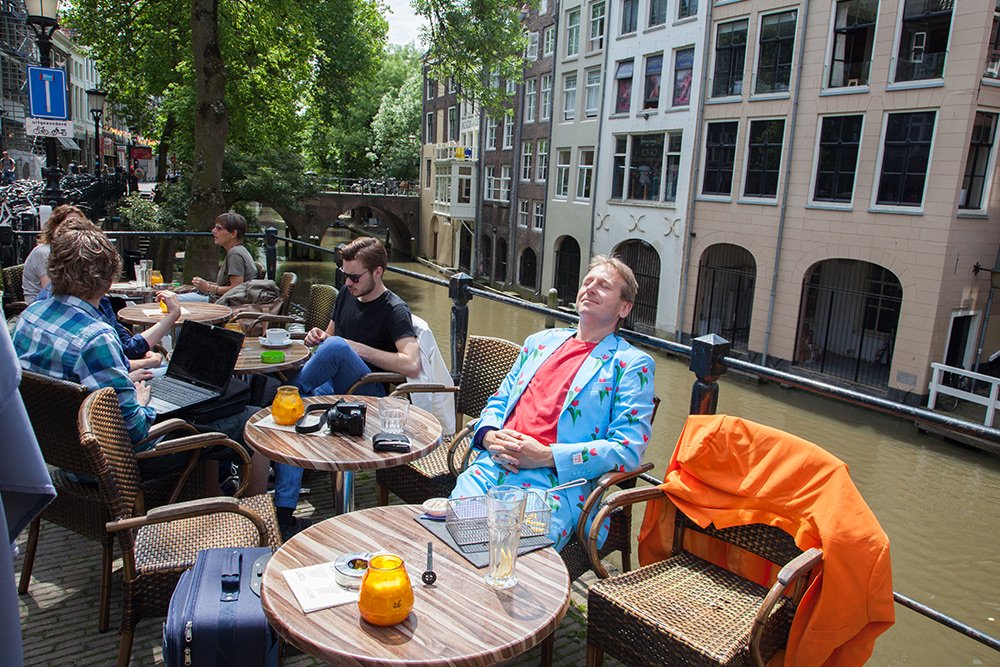 The 'grachten' (canals) of Utrecht are among the nicest in the Netherlands.In some aspects, better than those of Amsterdam!

The water locks that were finished in 1275 made sure that the water levels of the canals would stay stable. This gave the people of Utrecht a chance to create warfs, right at the canal sides, making the loading and transporting of goods in the city very easy.

Nowadays the warfs at the inner city are filled with resaurants and bars. You can have dinner by candlelight or have a beer with friends right next to the canal waters.

The canals are also filled with boats. There are boat tours available and many of the people of Utrecht take smaller and bigger boats and sail the canals.

Another fun thing to do is take a canoe trip through the canals. This can even be done during the night.

A city to have a party

Utrecht is home to many students from the Netherlands and other countries. There are three major universities and colleges.

Many of the students go out for drinks at the grachten on sunny afternoons and in the evenings. It makes Utrecht one of the best cities to have a party.