40 km to the North of Amsterdam lies the city of Alkmaar, the Netherlands’ capital of cheese. But there is much more to this charming little city. 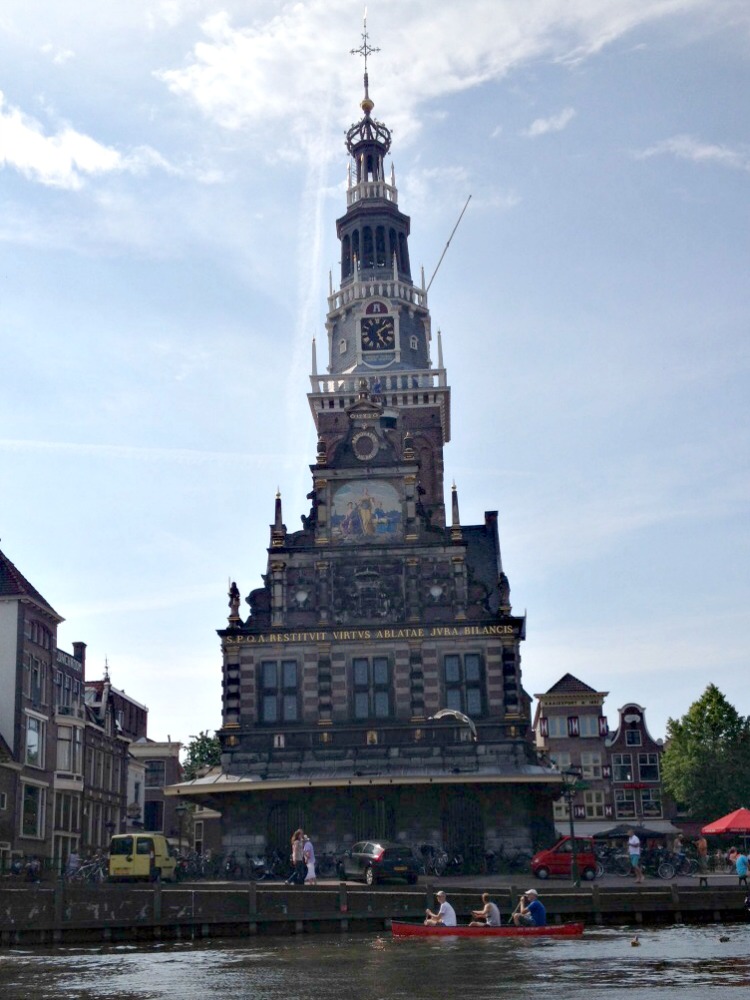 First of all, Alkmaar has a nice and cosy city center. With canals, bridges and historic buildings just like Amsterdam.

But other than the big city, there is not much boat traffic on these canals. So it’s perfect to hire a canoe to see the city from the water at your own pace.

Alkmaar played an important role in Dutch history. Like several other cities in the Netherlands, it was under siege by the Spanish in the 16th century.

The Dutch decided to open the floodgates in the dykes and flood the countryside around Alkmaar. As a result, the Spanish fled and left the area.

Other Dutch regions copied this strategy, resulting in a defeat of the Spanish army. On October 8th, this event is still celebrated in Alkmaar.

Nowadays, there is not much left of the Spanish siege. But there is one wooden house in the city center, which has a Spanish canonball in its facade.

Main attraction of Alkmaar for most tourists is the cheese market. It is held each friday in summer (from April until September) at 10 AM.

The cheese market is actually not a real market. It is just a display for tourists about how merchants used to trade cheese years ago. Just like most Dutch don’t walk on wooden shoes anymore, cheese is not traded like this.

But of course it’s nice to have a peek at how it was done in the old days. As long as you’re there, have a look at the Cheese museum in De Waag (public weighing house) as well.

Other museums in Alkmaar

If you like museums, Alkmaar has some interesting ones for you:

When you are staying in Alkmaar, you might as well have a peek around the city as well.

Alkmaar is located in the center of Norht Holland province. With the dunes and the coast to the west, and the fishing villages near the IJsselmeer (ijssel lake) to the east.

A very intersting village near Alkmaar is De Rijp. It is called the most beautiful village of the Netherlands. With old wooden houses, bridges and locks, and full of history. 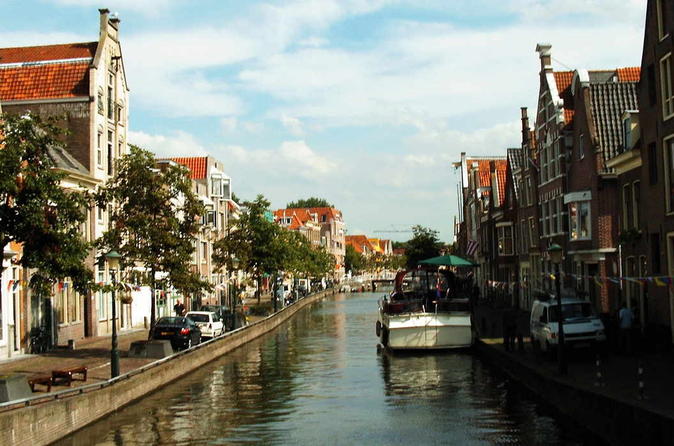 Join a fun walking tour with a local. During a 2 hour tour you will visit sights such as the weighing house, cheese museum and the Saint-Lauren church. The tour guide will adjust to your pace and preferences.