Cheese from the Netherlands is mostly Gouda cheese. And Gouda is also home to the famous Dutch Syrup waffles. And there are more reasons to visit this pretty historic city. 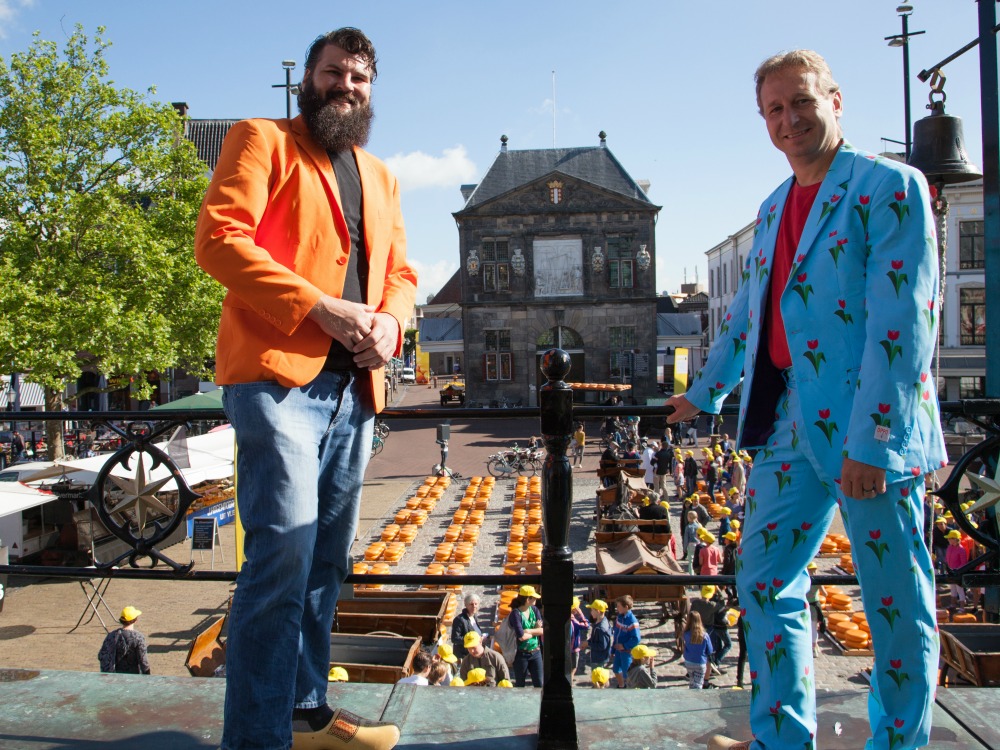 Gouda is a small city in the province of South Holland. It has 70,000 inhabitants and is located between Utrecht and The Hague.

Because of its strategic locations along two waterways (The Gouwe and the Hollandse IJssel) it became an important trade city in the Middle Ages.

As a result, the charming historic city has a lot of nice monuments. But it is especially known for its Gouda cheese and Stroopwafels.

Gouda cheese and the Cheese market 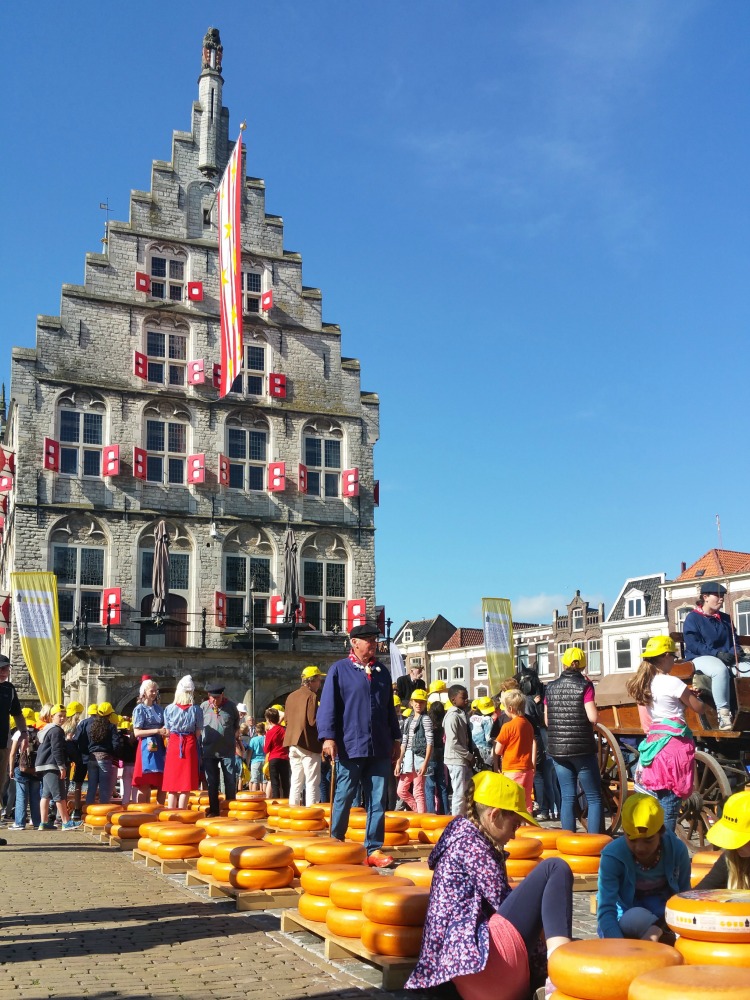 The name Gouda cheese comes from the trade in cheese, which takes place in this city since the late 12th century. Gouda had the monopoly for this trade in the Middle Ages.

Gouda cheese was, and still is, produced by many cheese farms in Holland. They were brought to Gouda for the trade.

After being sold, each cheese was weighed in "De Waag", after which it got a stamp and it officially became Gouda cheese.

Today, the cheese market is still held every thursday. It is the oldest, and most original one of the 5 traditional cheese markets open to the public.

On the city square, between "De Waag" and the beautiful city hall of Gouda, you can watch the cheese negotiation, and have a taste yourself. 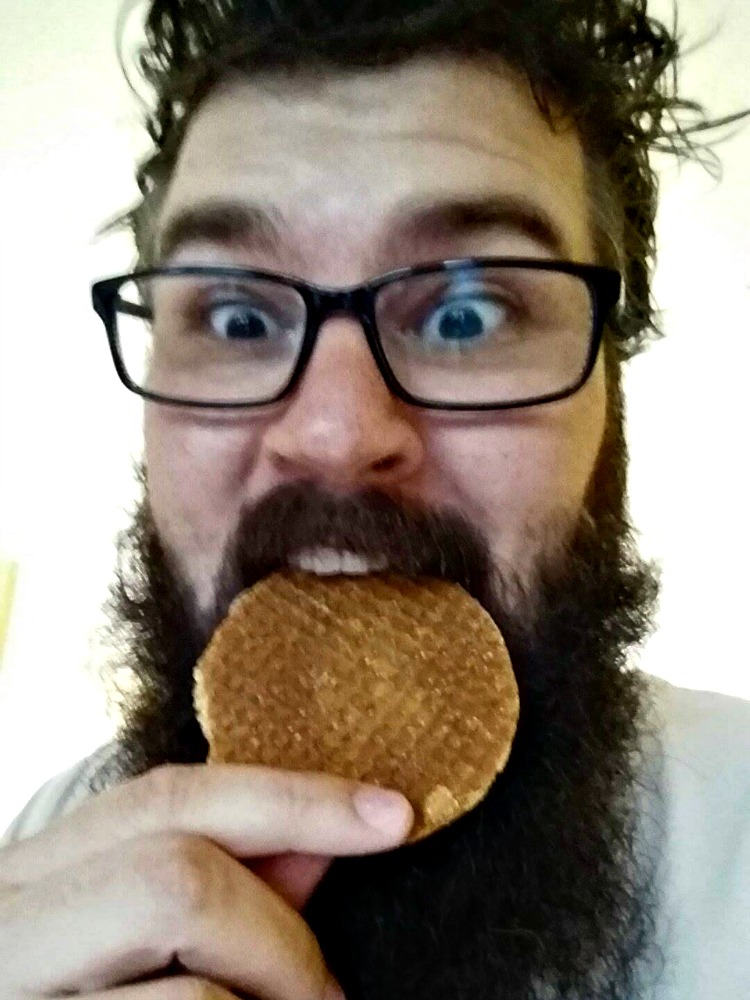 Stroopwafels are much youger than cheese. In the 19th century, a syrup factory started in Gouda. An unknown baker started to use the syrup to create cookies from left-overs of dough and crumbs.

The cookies created this way were very cheap, and thus popular. Bakeries developped the technique of baking them in waffle-irons, creating the waffles as they are known today.

There are several bakeries in Gouda today who claim to have "the original recipe", or who deliver their stroopwafels to the Royal family. Although you can buy stroopwafels anywhere in the Netherlands, in Gouda they are the best! 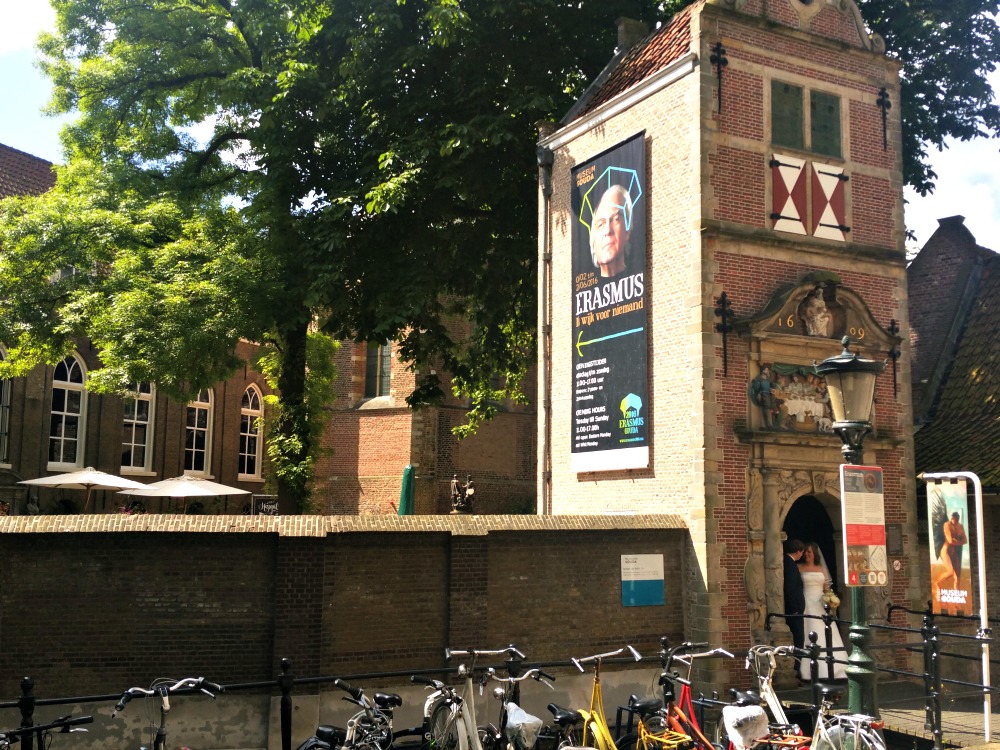 Apart from the delicacies, Gouda is a city full of history. It was the city of the famous philosopher and humanist from the 15th century Desiderius Erasmus.

In "The Praise of Folly" and other books, Erasmus was critical to the Catholic church, but also to the protestants. He preached peace, and free will, making his thoughts controversial in the era of Reformation.

In Gouda, the city where Erasmus lived most of his life, his statue can be found near the church. But you can learn much more about him in the nearby Gouda museum.

And... to keep in line with Dutch delicasies... you can taste Erasmus beer from city brewery "De Goudsche Leeuw" in many cafés in Gouda. Beer was also an important product from Gouda from the 14th century onwards. 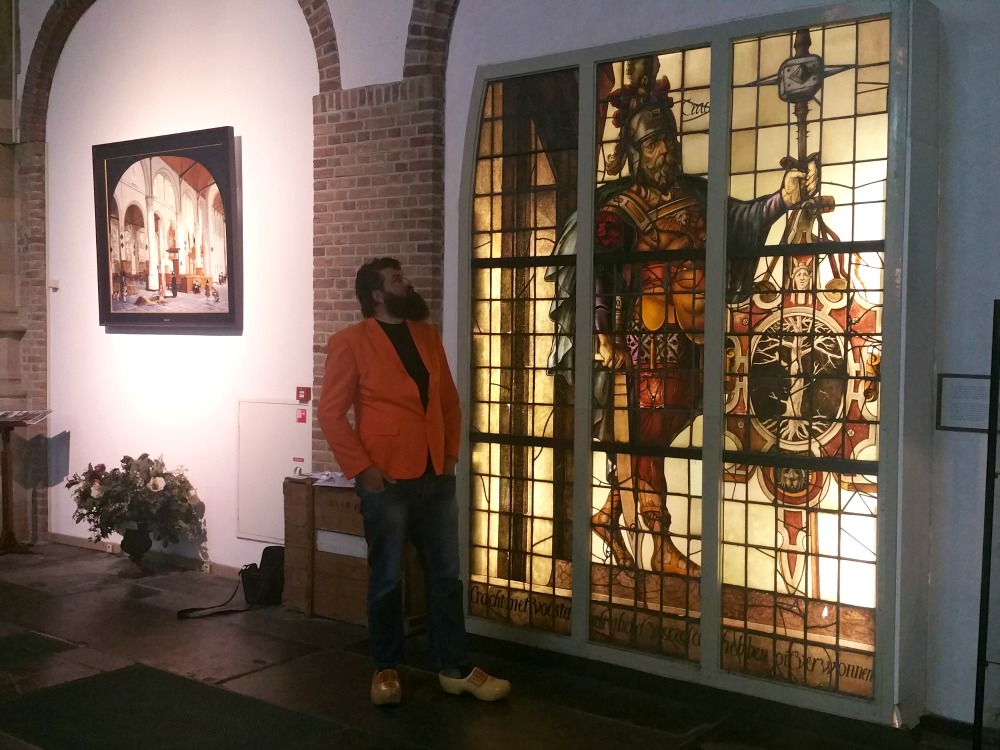 We already noted that Gouda has the nicest town hall in the Netherlands. But it also has the longest church: the St. Jan.

The St. Jan church is only a small walk from the Market square in Gouda. But when we needed to walk around it to find the entrance, our feet started to hurt. So we took off our Dutch clogs, better anyway when entering a church.

The interior of the gothic church is certainly worth a visit. It contains the largest collection of stained glass you have ever seen. The church contains over 50% of all 16th century stained glass in the world.

The many windows depict from Biblical and National history.

Other sights in Gouda

As so many other cities in The Netherlands, Gouda also has its share of canals and gabled houses. And indeed, with the "Roode Leeuw" it also has a windmill in the city center.

Gouda is therefore a great city to take in Dutch culture. But you should especially visit on a Thursday, for the famous Gouda cheese market should not be missed!