Come to Katwijk aan Zee, the most cozy Beach resort in the Netherlands

Many of the popular beach resorts in the Netherlands are very crowded when the weather is hot. If you want a smaller, cozy resort, which is easily accessible, come to Katwijk Beach. 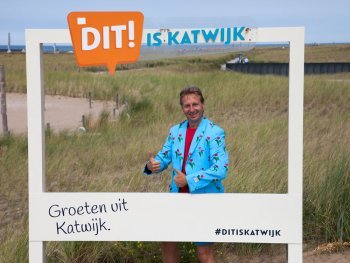 Katwijk aan Zee (Katwijk at Sea) is where you will find the Beach. But it is grown towards its other half Katwijk aan den Rijn (Katwijk at the Rhine).

Although the town is larger than Zandvoort and Noordwijk, the beach is less crowded. To understand why, we'll have to go back in history. 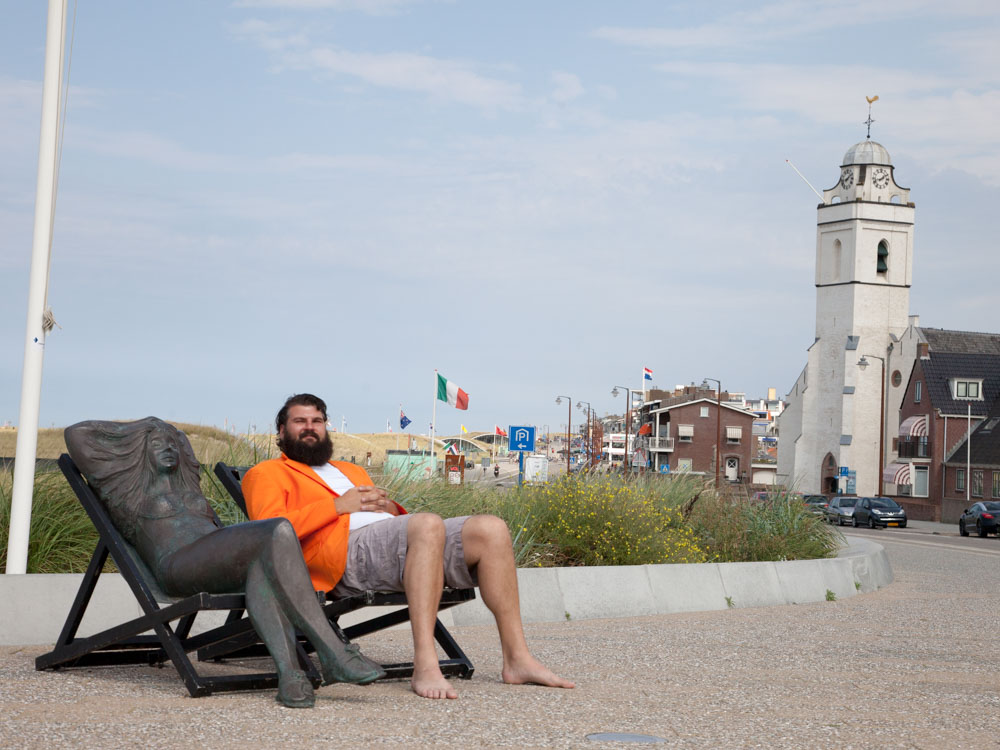 Katwijk lies at the mouth of the river Rhine (today it's called Old Rhine). This river was the northern border of the Roman Empire. And during the Roman age, a Roman settlement was created here, called Lugdunum.

When the Romans left, the area was abondoned, except for a few fishermen trying to earn a living from the sea. From the 12th century onwards, the fishing village began to grow.

The fishermen of Katwijk were conservative protestants, as opposed to people from the neigboring areas. When the city transformed to a beach resort in the 20th century, this prevented the town from developing nighclubs.

As a result, Katwijk Beach is a relatively quiet, cozy resort, in contrast to it's neighbors Noordwijk to the North and Scheveningen to the south.

No crowded boulevard at Katwijk Beach 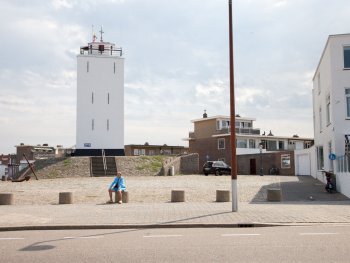 Katwijk did not develop a crowded boulevard for tourists. But it does have lovely sites along the coast.

The lighthouse (vuurbaak) from 1605 for instance. This is the oldest lighthouse on the mainland of the Netherlands. It can be visited (contact the Katwijk Museum for this), showing a great view of the surroundings.

Another attraction of Katwijk is the Andreas church, also called white church. This beautiful landmark dates back from the year 1640, and is still in function today.

A small stretch of the boulevard contains some restaurants, and the nice entrance to the beach. The rest is filled with resident houses. But it is a nice walk up to the picturesque harbour at the Haringkade and Prins Hendrikkade. 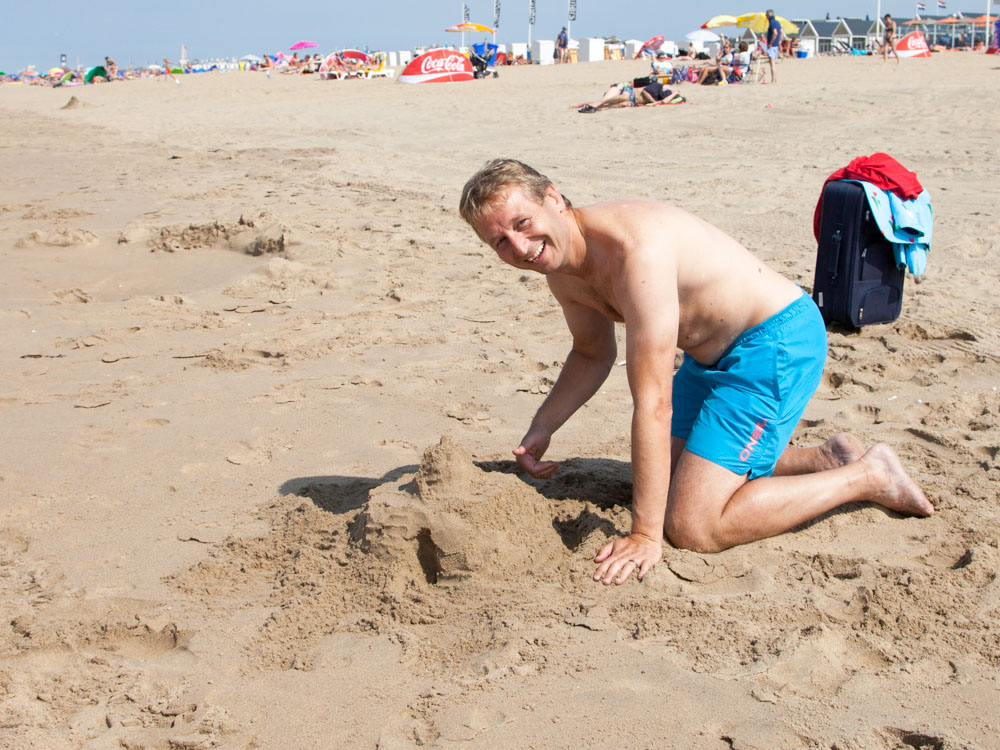 As said, the entrance to the beach is very nice. It contains a new underground parking garage, which won several awards.

The beach itself is long (4 kilometers), wide, and clean. Katwijk Beach yearly gets the Blue Flag, as proof of the safe and clean beach.

This, and the lack of abundant nightlife, makes Katwijk great for families and people who want to avoid the crowds.

Katwijk does have several nice beach pavilions though. Here you can have a nice drink or a great meal. 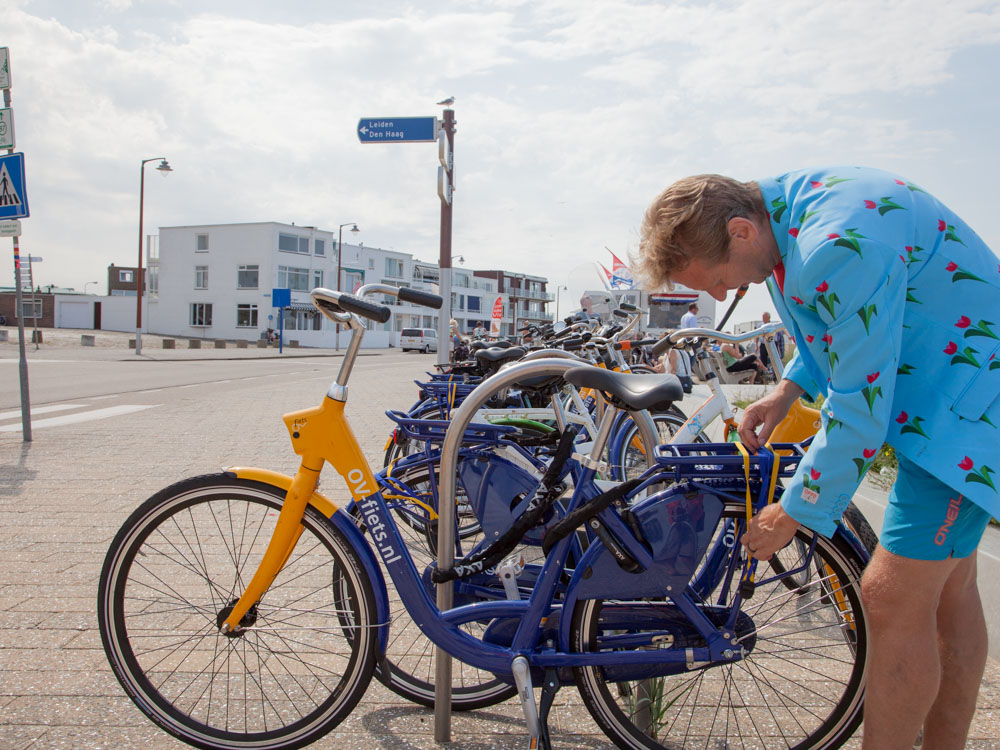 Another large advantage of Katwijk is the accessibility. It is close to Leiden, which in itself is only 20 minutes from Amsterdam by train.

A great way to get to Katwijk, is to rent a bike. The 8 kilometers scenic ride can be done in less than half an hour.

But the best option, is the boat service running between Leiden and Katwijk in summer. Get a great feel of the Netherlands from the water, while you are taken to the beach in Katwijk!

The boat service runs in summer every tuesday, wednesday and sundat. Make your reservation at Bob on Board. 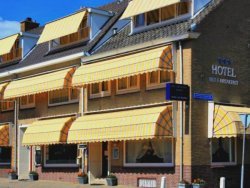 Looking for the best Value for money in Katwijk aan Zee? Hotel Beelen is the place to go!

Located only 100 meters from the beach, this hotel has different rooms. Some with a kitchenette to prepare your own meals. But the hotel also has a great breakfast buffet, and there are great restaurants nearby.

Do you want a little more luxury? Hotel Noordzee has (almost) everything you could wish for.

There are different rooms to choose from. And the hotel has a nice restaurant, solarium and bicycle rental.

In short, this is the best hotel you can find this close to the beach in Katwijk. 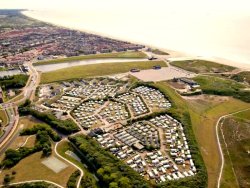 In the dunes on the North side of Katwijk  you can find this holiday park.

It has lots of facilities like an indoor and an outdoor pool. It is great if you travel with kids as well.

Within minutes you can walk to the beach, and it's a nice walk away from the harbour and the main boulevard in the center of Katwijk aan Zee. 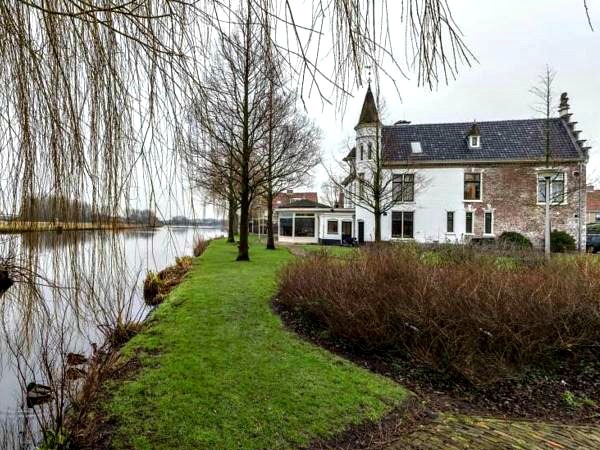 Welgelegen (which means "Well situated") is a lovely old inn near the river Rhine. Both the beach of Katwijk and the city center of Leiden are a short bike ride away.

Nice rooms, a large garden at the river, and a great atmosphere is what you will find here.

The hotel has a private parking (for free) and bikes can be rented. Enjoy the countryside, the beach and the city of Leiden from this great accommodation.

Haven't found your perfect spot yet? Do check out these other accommodations in Katwijk.