If your time in the Netherlands is limited. And if you do want to see more of our beautiful country, come to Madurodam miniature town in The Hague.

Often people think that Madurodam is a miniature town in Amsterdam, but it is actually south of Amsterdam in the city of The Hague or Den Haag as we Dutch call it. 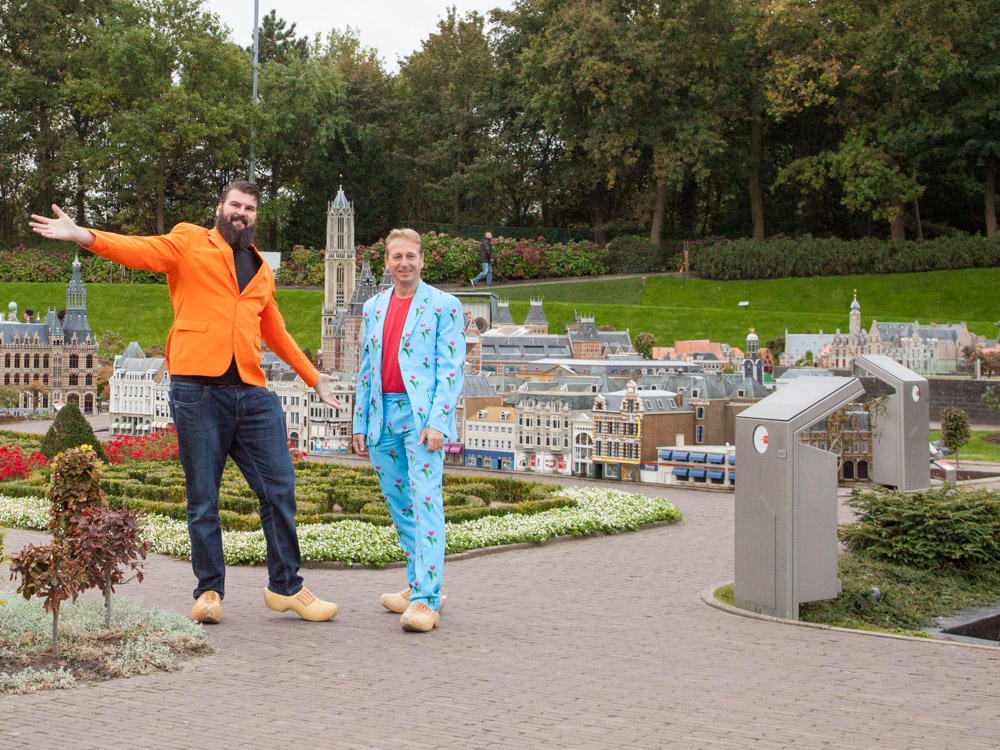 Madurodam lies in The Hague. It is great fun for children, who especially love the trains, ships, and other moving objects.

But it is great for adults as well. They can find out about (almost) all aspects of Dutch culture, while enjoying the buildings and landscape in miniature.

One drawback, though: after visiting this, you probably want to see everything in true size as well.

A resistance hero and charity as foundation 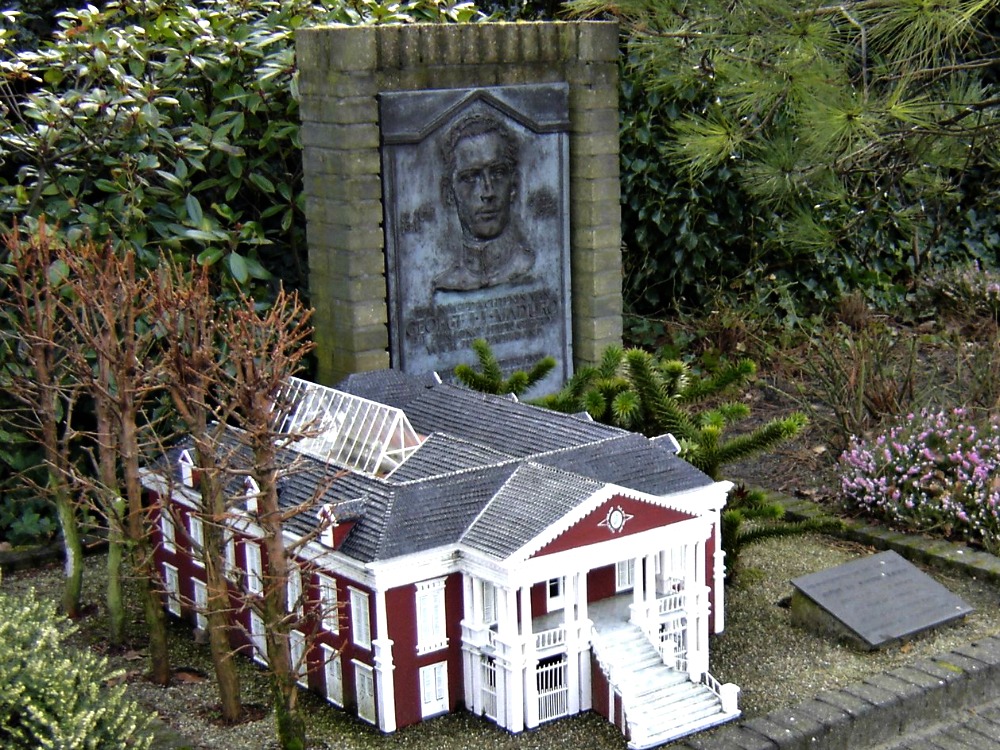 George Maduro was a Jewish resistance hero in the Netherlands, who died in a concentration camp in 1945. His parents didn't just want a memorial for their son, they wanted something special.

Inpiration was found in Bekoncot, a miniature park in England. The profits of this park are donated to charity, which was exactly what Maduro's parents were looking for.

So they decided to donate the funds to create such a miniature town in the Netherlands. It would carry the name of their son. And it would benefit a tuberculosis sanatorium.

Today, Madurodam is the number one attraction in The Hague. And the profits of the park support several organizations for the benefit of the youth. 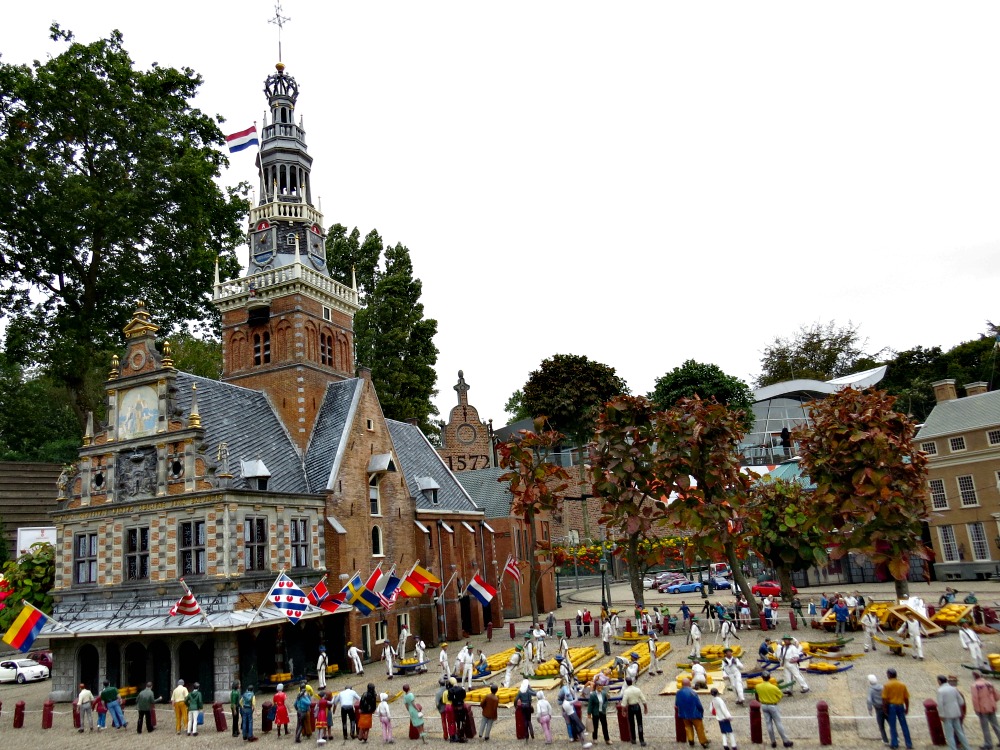 The main items in Madurodam miniature town are the famous buildings and landmarks in the Netherlands.

In just a half day, you can visit almost all of the Dutch cities, and see their most important characteristics.

Some examples are the cheese markets in Gouda and Alkmaar, the Rijksmuseum in Amsterdam, the Binnenhof in The Hague and the Erasmus bridge of Rotterdam. But there are many more.

Even if you visited these cities and landmarkt yourselve, it is nice to see them with a birdseye in Madurodam.

Information with some humor 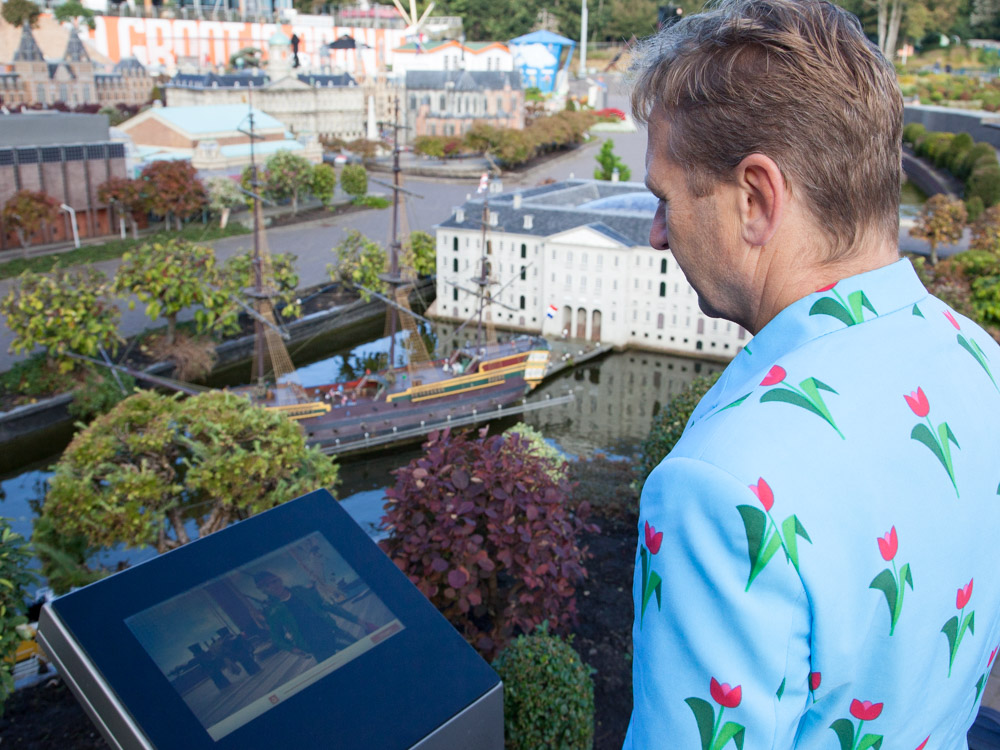 Since the renovation of the park in 2012, new information displays have been placed. They will tell you more about the stories of Holland.

In these stories (available in Dutch and English) you learn about Dutch culture today and in the past.

There are stories about Anne Frank, the Dutch East Indian Company, Cheese, Dutch inventions, the flower industry, and much more.

The stories are funny, and illustrated with little puppets in stop-motion animations. You can see the videos online when you return home. 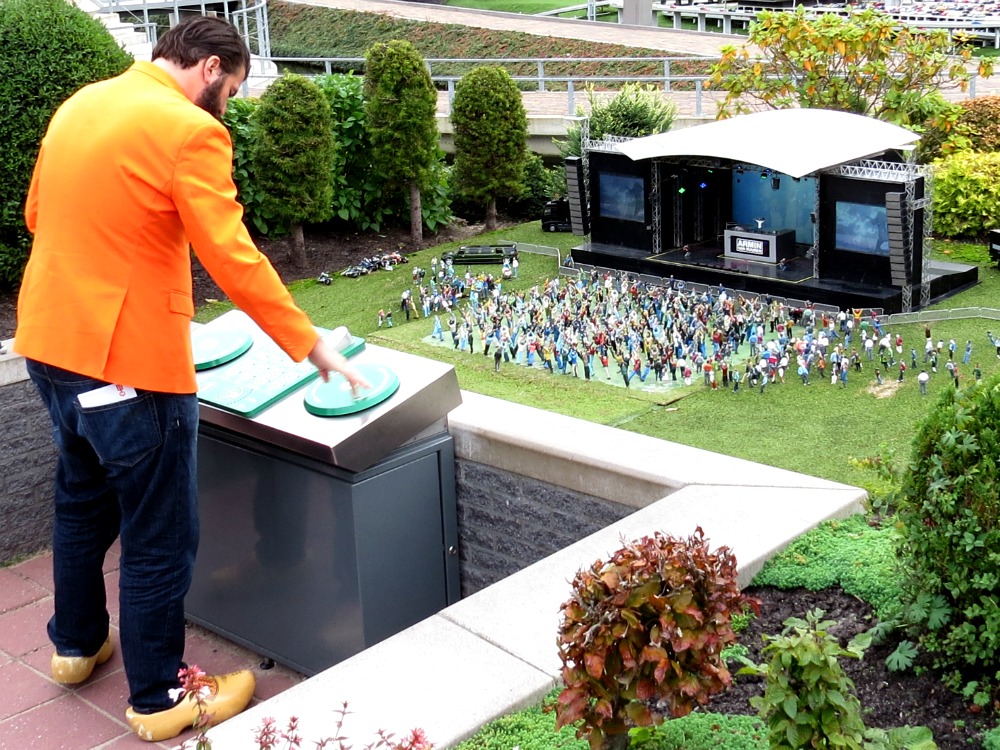 It gets even better in the attractions which are interactive. You can activate a carnival, extinguish a fire in the port of Rotterdam, and have miniature clogs made in a miniature factory.

But there's more. Learn all about water management. Pump water from the polders, and protect the land with moveable water surge barriers.

We particularly liked the possibility to create our own music. Like the famous Dutch DJ's Tiësto, Armin van Buuren, or Martin Garrix. The track we created was even sent to our e-mail address!

And the best souvenir ever is to create a miniature version of yourself, 3D printed in the attraction Fantasitron. 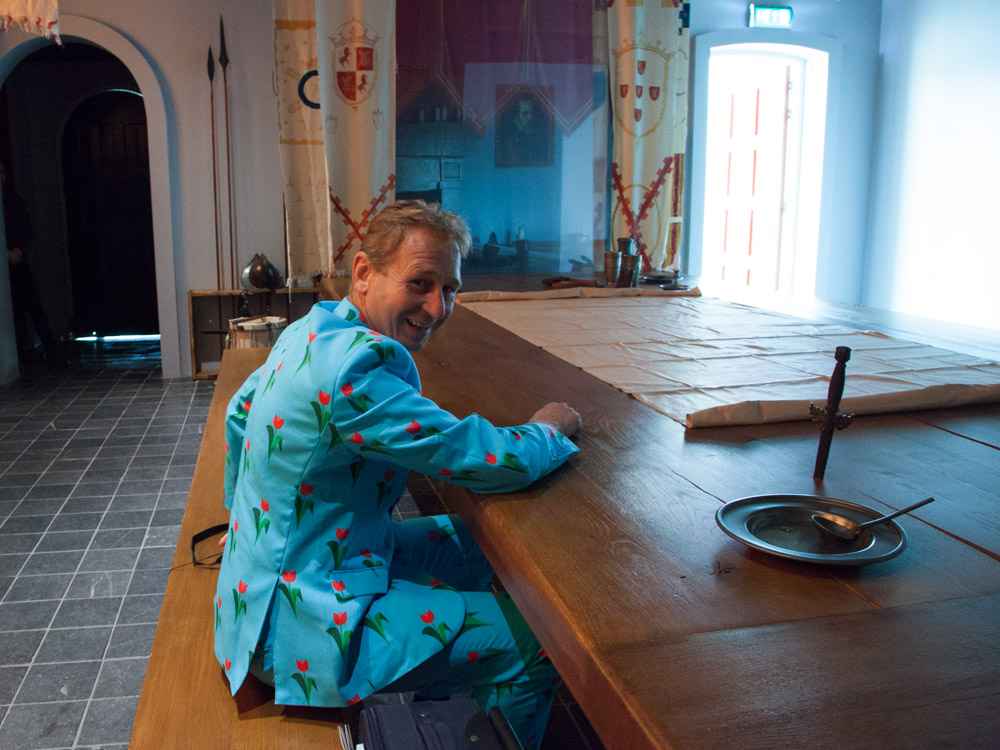 It's not all miniature in Madurodam. Over the past few years, some real size attractions have been created.

The exhibition "Zo groot is Oranje" (this big is Orange) shows the Dutch victory in the European championships Football (or soccer) in 1988. Kids can learn the skills they need to reach the Orange team.

If you're more into history, there's the new attraction "Het Hof van Nederland" (the court of the Netherlands).

Here you'll experience the meeting in 1572 in which the country the Netherlands was founded. Amongst Spanish fire, you can feel the tension of these days.

And these are just examples of all the attractions and displays in Madurodam. You will have to come and see for yourself. With the risk of having to stay in the Netherlands much longer, to visit all these great places for real as well.

Return from Madurodam miniature town to The Hague, Netherlands
Return to Around Amsterdam