On the shores of the IJsselmeer, you can find the Muiderslot castle. Often referred to as Amsterdam castle, it is actually a half hour drive away from Amsterdam. 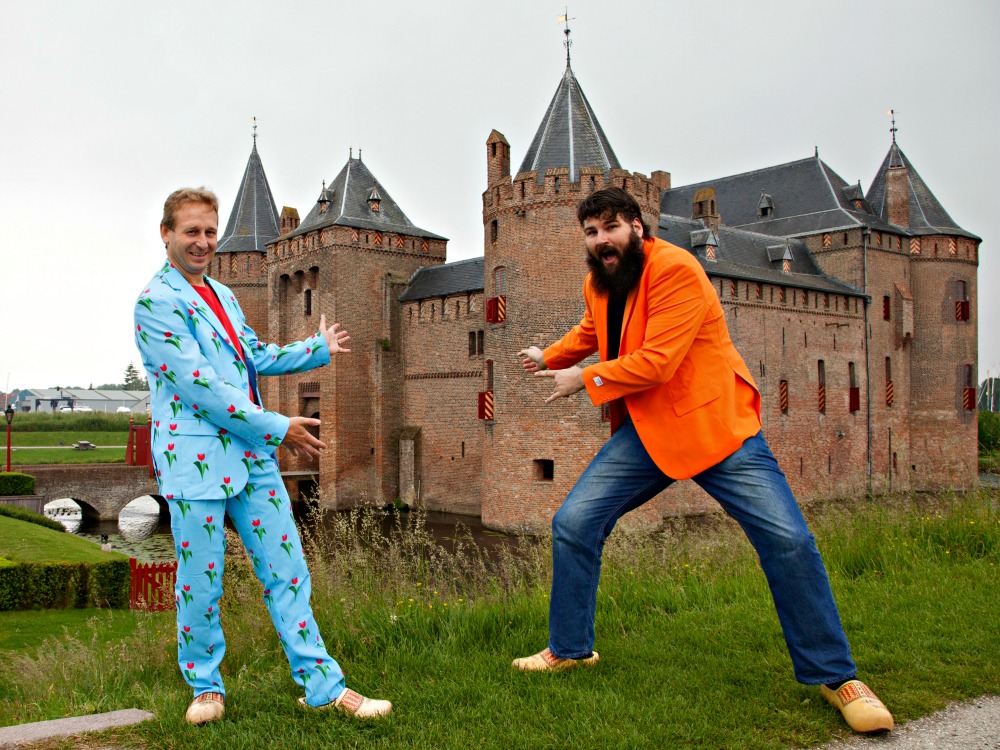 It is worth the trip though, since here you can really experience the Middle Ages. There are a lot of Medieval activities you can enjoy.

Moreover, what makes Muiderslot castle unique, you can also enlive the Dutch Golden Age, in the residential rooms of the castle.

So, make sure to include Muiderslot Castle in your trip Around Amsterdam. We'll show you around:

The history of Muiderslot castle

Muiderslot castle was constructed in the late 13th century by Floris the fifth, count of Holland.

It was his sixth fortress in what is now the province of North Holland. He captured this part of the Netherlands, also called West Friesland, as a revenge for his father who was murdered by the West Frisians.

Muiderslot was a simple fortress of 4 towers connected by walls. It was built on a strategic location, on the banks of the river Vecht near the Southern Sea (now IJsselmeer).

After Floris was killed, Muiderslot Castle was ruined, but restored in 1370. A residential wing was added to it, making the castle a suitable home for the landowner's representative and his knights.

In the 16th century, the castle was home to the famous Dutch writer P.C. Hooft. Here, he organised meetings of the Muiderkring, a collection of other writers, poets and artists.

Two century's later, the castle was turned into a museum. Since then, it stands as a remembrance of both the Middle Ages and the Dutch Golden Age. 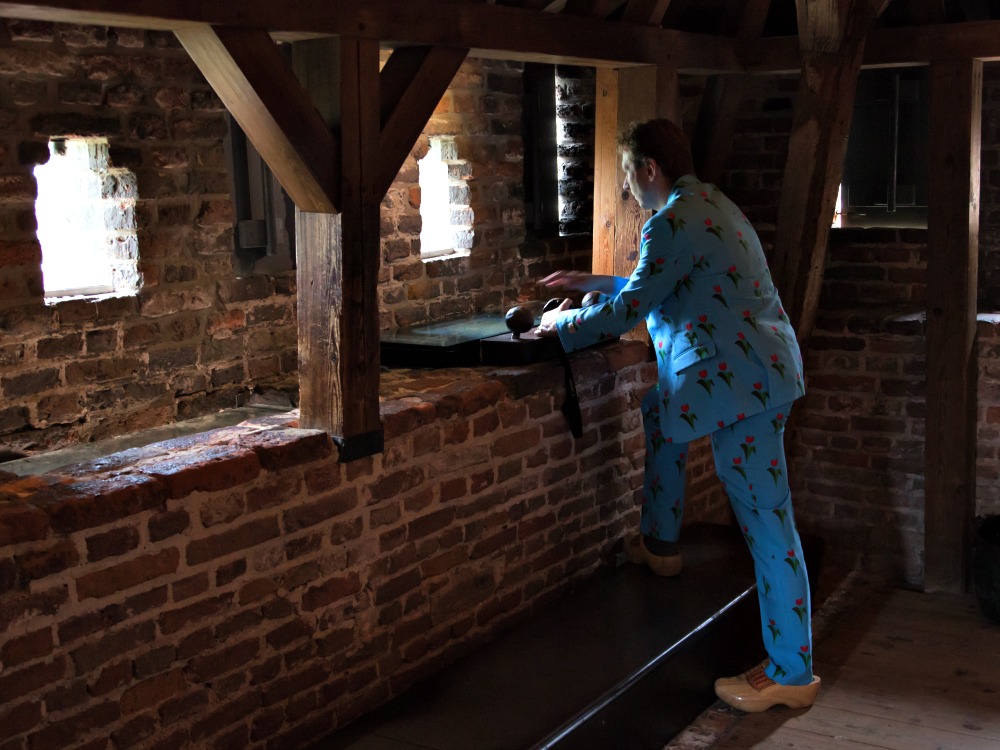 Muiderslot Castle was built as 4 towers, connected by walls. And basically it still is like that.

But these towers have been reconstructed several times in history. To include defense strategies like difficult stairs, dead end corridors etcetera.

There is a nice route leading you through the towers along all these constructions. It includes some nice interactive games to play.

Meanwhile, you'll have some great views over the courtyard and the surroundings of the castle.

Be a Knight in Medieval times 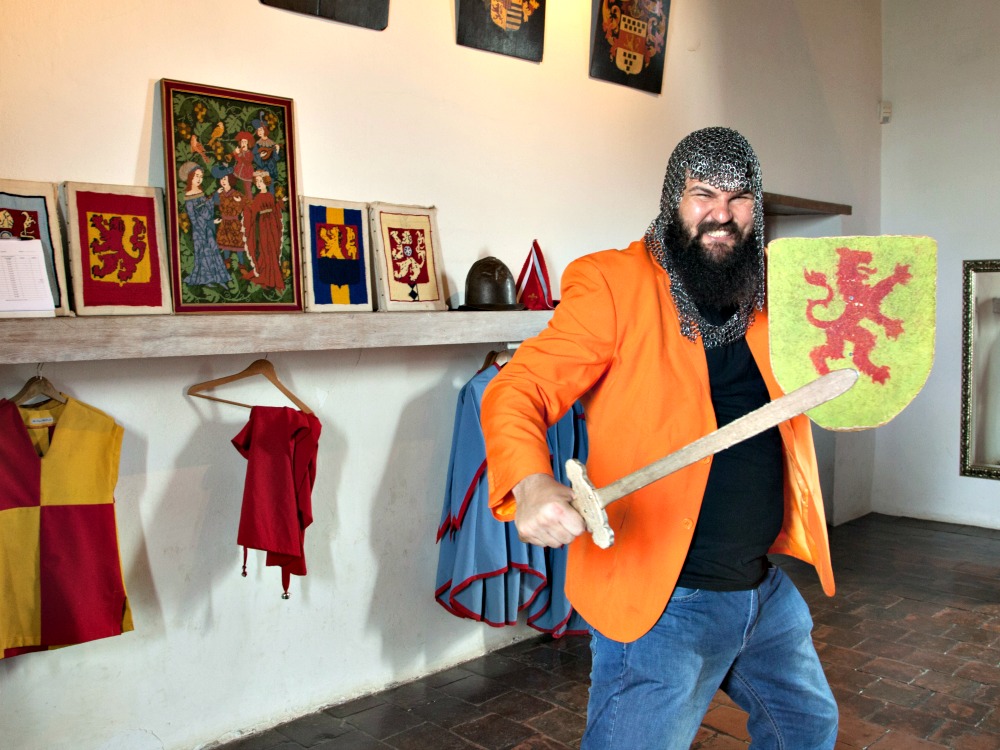 In addition to the tower route, there's a knights route through the castle. It starts with climbing the Western Tower, the highest of the castle.

From the peak of this tower, you will go down via different rooms. Here you will see the knights armor and weapons. You can even dress up as a medieval knight, dame, or jester.

Again, there are some interactive games to play. You can actually play in a tournament against another knight.

When kids conclude all the tasks in the Quest, they will get a knights medal. 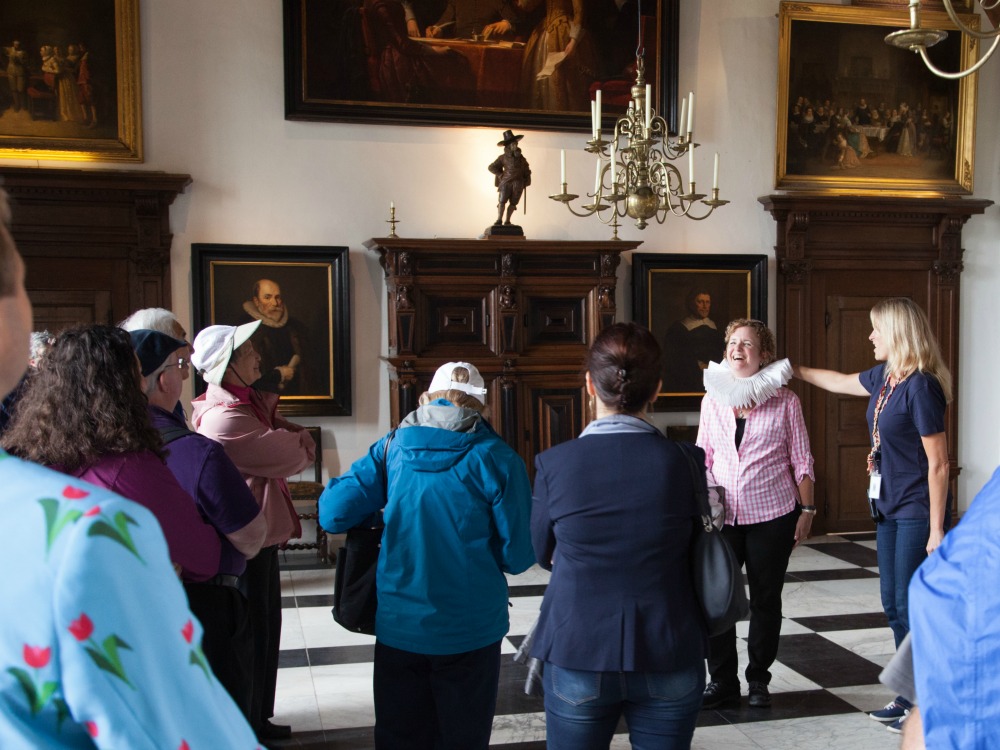 The unique thing about Muiderslot castle is that you cannot only experience the medieval times. You can also see something from the Dutch Golden Age.

The different rooms of the residential wing of the castle are still decorated in the style of the 17th century. Which includes several great paintings from famous Dutch masters.

These parts of the castle can only be visited in a tour. But this tour is well worth the money. The tour guide tells intresting tales, and demonstrates clothes, coins, and cooking gear.

Water and castles as Defence Line 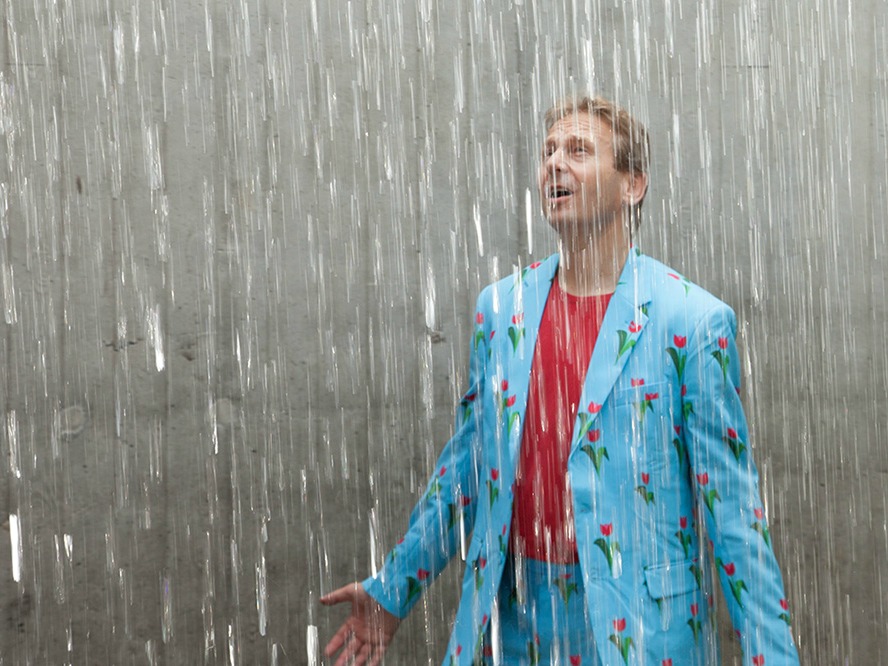 When you have seen all the interior of the castle, you can take a stroll around it. Have a look in the nice gardens, walk the dike to see the IJsselmeer, the river Vecht and the village of Muiden.

There are often some activities around the castle as well as in the courtyard. Like a demonstration of birds of prey, interactive plays, or a encampement of knights.

There is also a permanent exposition in the gardens about Water as a defence line in the Netherlands.

Very interesting to see how the Dutch used to flood the countryside in case of enemy attacks. A strategy which was very effective until airplanes were invented...

How to get to Muiderslot Castle 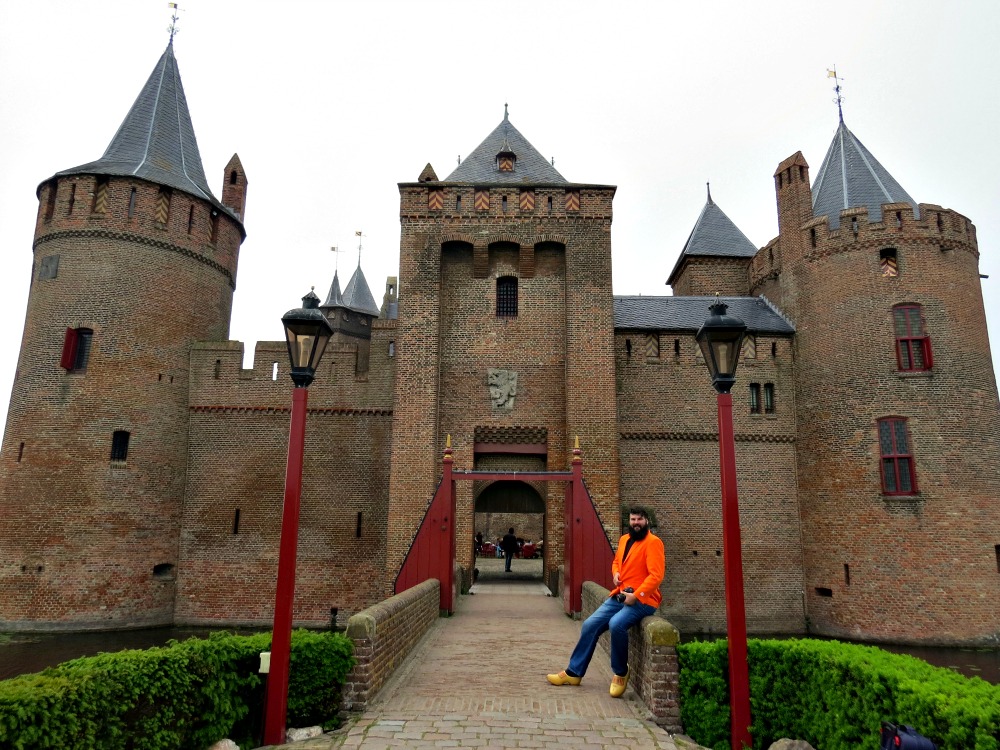 As said above, Muiderslot Castle is half an hour drive away for Amsterdam. Being located near the IJsselmeer though, a convenient way to reach it from Amsterdam is by boat.

For this, you need to reach IJburg in Amsterdam by tram. From there, regular boat services to the island of Pampus and to Muiden are run.

Are you interested in a tour along multiple places around Amsterdan, including Muiderslot Castle? Just contact us.