Rotterdam is one of the worlds largest harbor cities. It's an interesting, modern place you should visit. And one with a tragic history too. 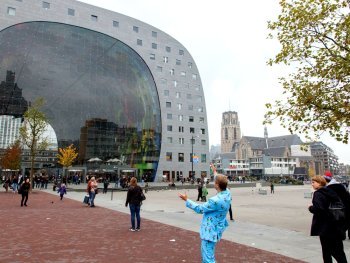 But the people of Rotterdam are renowned for being hard workers. After the war, they built the city up again. And they made long days in the harbor, to earn a living.

All that labor resulted in the great modern city Rotterdam is today. Read along about the places you should visit, or scroll down to find the right accommodation for your stay in Rotterdam.

Remembrance of the War 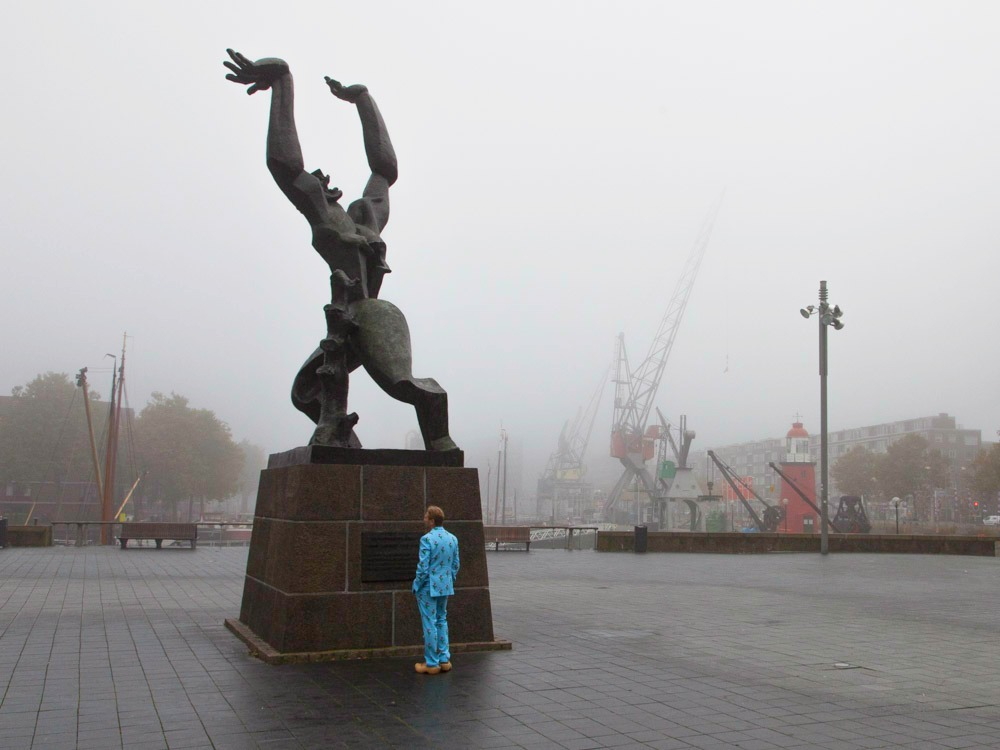 Walking in Rotterdam, there's nothing much to remind you of the second world war. Yet, since it played such an important role in this cities history, you should at least visit the statue "De Verwoeste Stad" (the destroyed city).

This statue shows a man with an open chest, who's heart was torn out. It symbolizes the city Rotterdam without it's historic center.

On several places you will find other memorial sites as well. At the bank of the river Maas, for instance, or the Jewish memorial at the Levie Vorstkade. And the periphery of the bombed area is marked by circular light objects in the pavement. 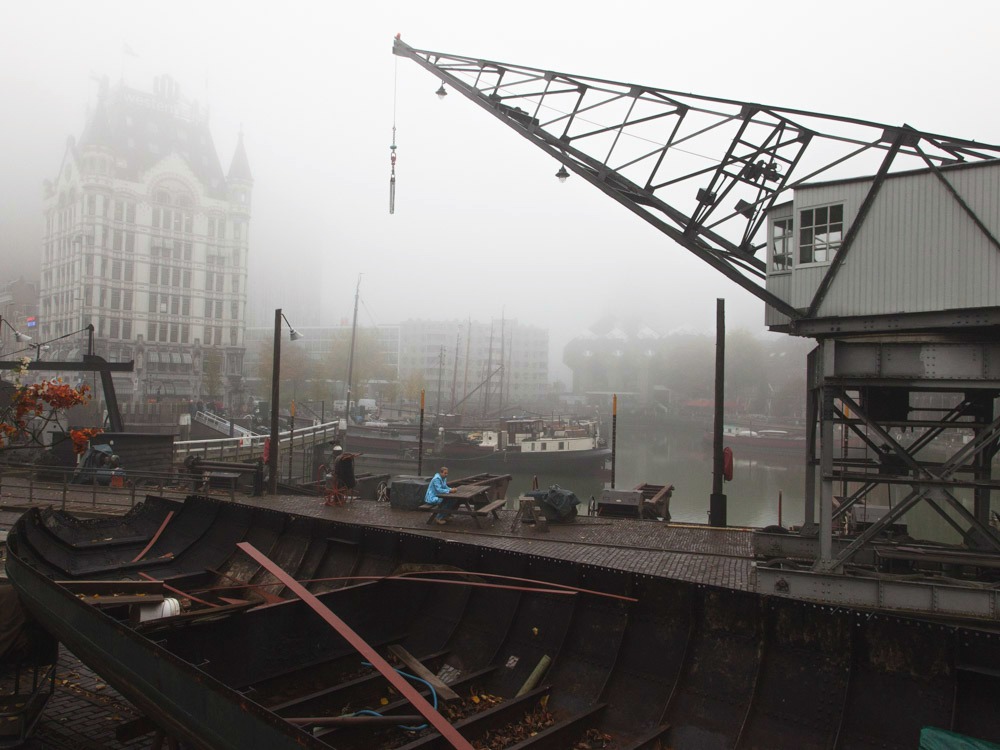 A small piece of the historic center of Rotterdam which remained after the bombing, can be seen at the old harbor.

This harbor dates back to the 14th century. And you can still find old ships here, being restored on the old historic wharf. Owners of old ships can come here to work on their old possessions.

In the old harbor, the oldest skyscraper in Europe still stands. This "White House" survived the bombing in the war. The 43 meter high building was built in 1898. It's construction in Art Nouveau style was inspired by the buildings in Manhattan.

The old harbor today is a very nice place to grab a drink or a bite on one of the terraces. 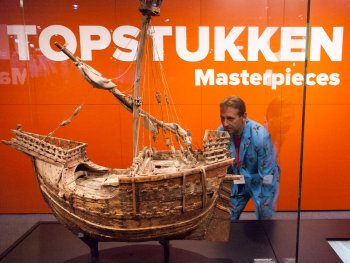 To find out how this old harbor developed into the modern harbor city of Rotterdam, visit the Maritime Museum.

This museum has a very interesting collection of old ship models, paintings and old maps.

There are several exhibitions. For instance about houseboats, innovations, and cruiseships. In december an exciting new exhibition will open, where you will learn all about offshore technology.

Apart from the museum collection inside the building, the museum includes a harbor with interesting ships you can visit. Here you can talk with the skipper and boatsmen, to learn all about work in the harbor and on board.

The Maritime Museum of Rotterdam is very interactive, and fun for both kids and adults.

Bridges over the Maas 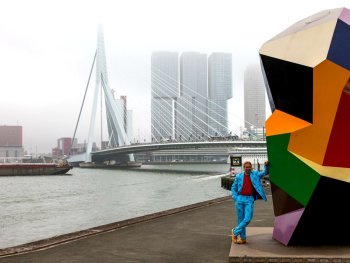 In a harbor city, the water is never far away. In Rotterdam, a view over the Maas river cannot be avoided.

The river is crossed by several bridges. Apart from the highway bridge (Brienenoord bridge) and the old Willems bridge, the Erasmus bridge is the most well known.

This bridge, also called the Swan, symbolizes Rotterdam. A great, majestic and modern structure, right in the center of the city

Near the Erasmus bridge, you can take a river tour or water taxi to take a tour through the harbors. 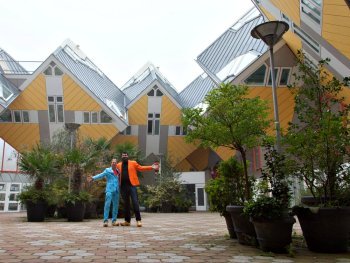 The Erasmus bridge is only one example of modern architecture in Rotterdam. In the last few decades, important architectures created great buildings throughout the city center.

Another example you should visit, especially when you're hungry, is the Markthal. A remarkable large building covering a great foodmarket.

From the Markthal, it's a short walk to the famous cubic houses. Another example of innovative exciting architecture.

From a more recent date stems the new Central Station. Come by train to Rotterdam so you won't miss this new eye catcher.

Delftshaven dates back to the Dutch Golden Age 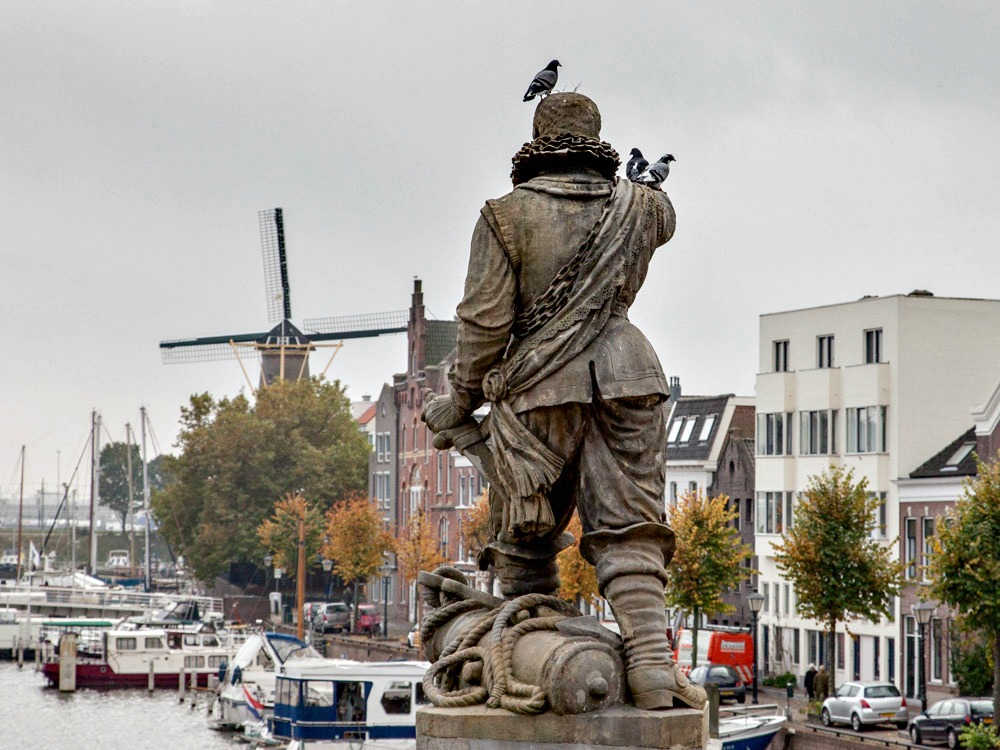 Delftshaven is a remarkable piece of Rotterdam, a bit to the west of the city center.

In the 14th century, Delftshaven emerged when a canal was dug from Delft to the river Maas. It became the harbor of Delft, hence the name. But Delft is almost 15 kilometers away.

The harbor grew as a wealthy, more or less independent little city. With an interesting history.

VOC and WIC admiral Pien Hein was born here, the VOC had it's buildings here, and the Pigrim fathers were housed here before they took off to America. And Delfthaven grew with the brewing of jenever, for which several windmills were built.

Eventually, Delftshaven became part of the growing city of Rotterdam. It survided the bombing in WWII, and is an interesting place to visit. 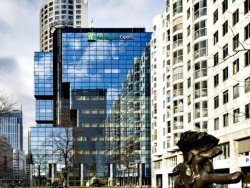 This nice hotel is located right next to Rotterdam Central Station. Easy to reach, and a perfect base to explore the city.

It's a modern hotel with nice, modern room. Not a lot of extra's, but good value for money. 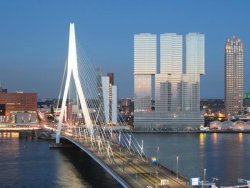 An even better location has the nhow Hotel in Rotterdam. It's located next to the Maas, and has great views on the river and the Erasmus bridge.

This hotel has more luxury as well. It has a great restaurant, a fitness room, and a terrace with a view on the 7th floor.

So if you want to enjoy Rotterdam, even from your hotel room, this is the perfect choice. 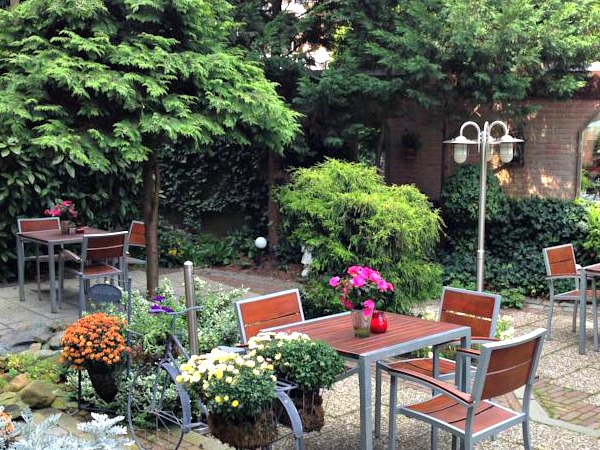 This family-run hotel is another one we can recommend. It is located in a historic building, in a quiet area in the city center.

The hotel has a different, more cozy feel to it than the modern hotels. And it offers great value for money. 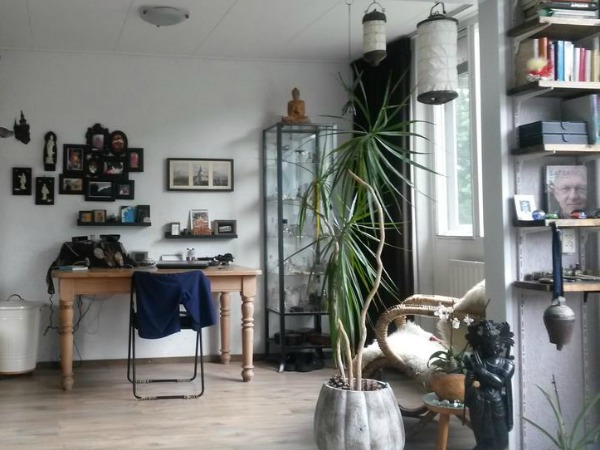 In a more quiet area of Rotterdam, guesthouse Teunisbloem is located.

The rooms are spacious, and they share a common bathroom.

The guesthouse is located near the small river Rotte (to which Rotterdam lends it name). Along the river are nice walking routes.

Haven't found the perfect spot yet? Check out these other accommodation options in Rotterdam.